South London once hosted a number of large family houses set in substantial grounds and with stunning views over the Kent or Sussex countryside. Many became impractical and were changed to other uses that were often not able to look after orchards and other amenities. 1 Eliot Bank is such a place. It comprises a 30 roomed former family home, an adjacent lodge, a large landscaped garden and a former orchard. After being a hostel, it has been on the market for several years.

Raymond Hall was asked to prepare a feasibility scheme to construct a 1000 seat auditorium for a church in the grounds, whilst retaining the main building for a bible school and church administration. The team’s solution was to take advantage of the sloping site, build an auditorium where the orchard was previously located and bring a form of ‘green duvet’ over the new roof as an extension of the garden – and even as an allotment. Access to what would become a new ‘below ground’ solution would be from a conservatory walkway linking to the main house. Grey water ponds would be part of the cooling system for the scheme. 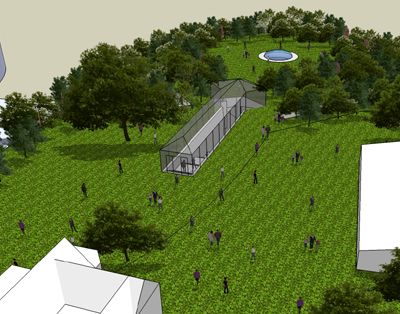 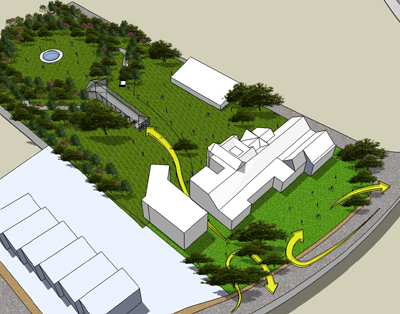 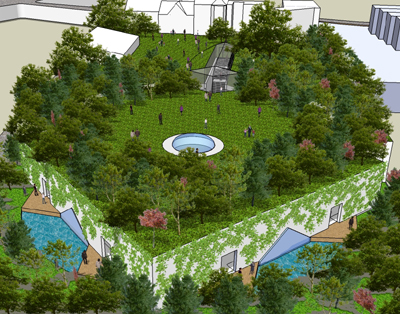