A new centre of London is soon to emerge – and it will not be in the West End, the heart of the City or in Canary Wharf. It will be at Farringdon near Holborn Circus where Crossrail (the route from beyond the west of London to beyond the east) will crosses with Thameslink (the almost complete north to south equivalent). City Temple is a six storey high church building located on Holborn Viaduct alongside Holborn Circus. Having been at the gateway to the City since its was first built in the 19th century, City Temple was devastated by bombing during WW2. Its replacement is now outdated.

A renewed City Temple is proposed. Its listed classical north facade will remain and become the genesis of the design of both its west elevation facing the Circus. At the request of the planner at the Corporation of London, its south and east elevations will then be very contemporary. With two main entrances, it will be a highly flexible and efficient ‘home’ for a church very skilled at hosting the world: whether as other churches or as schools, concerts or business functions. City Temple is, therefore, soon to be a renewed heart at the very centre of the world. 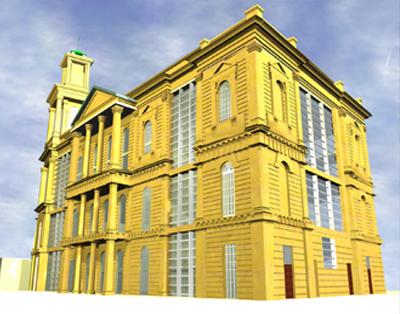 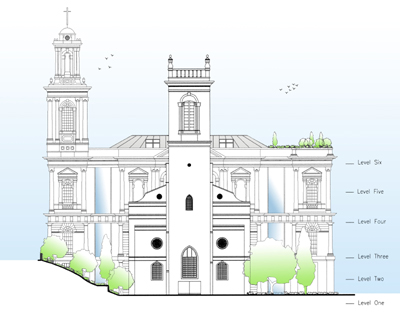