Gibraltar has a population of some 27,00 people. The world famous ‘Rock’ has 35 miles of roads servicing its own sea and airport. It also has a similar length of tunnels where the British Government would have relocated if the Battle of Britain had been lost. Such resilience has led to an almost totally self-supporting community with its own water catchment area and de-salinization plant. By being self governed Gibraltar is able to become the first fully sustainable nation state. Raymond Hall has prepared a master plan to indicate how that could be achieved.

Its limestone is able to be used for cooling. As the gateway between the Atlantic and the Mediterranean, deep sea turbines could generate electricity with other energy needs met by solar collection, photovoltaic’s and ground and water source heating. By adding a floating arc connecting the airport to the south of the Rock, a massive marine harvester and below sea silo become possible – as do new and fully serviced conference, exhibition, hotel, leisure and residential accommodation. Gibraltar could become a meeting place as an exemplar to the world. 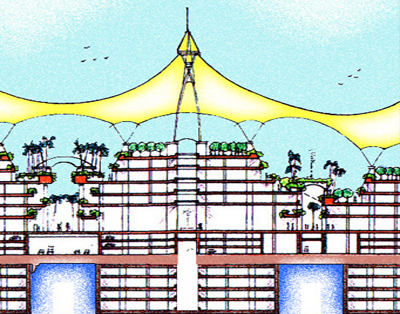 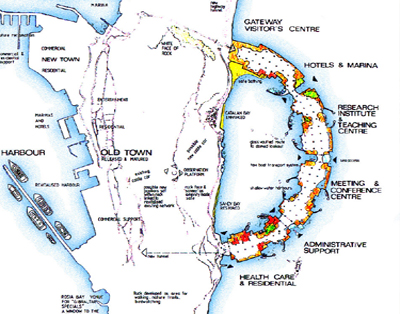 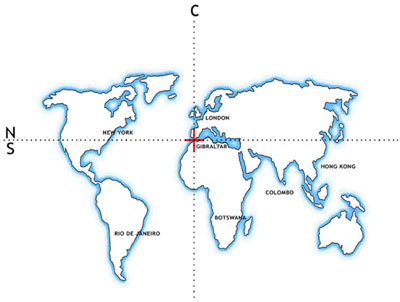